The Man, The Myth, The Legend

I want to take some time to talk about something near and dear to my heart, and to congratulate someone who has made a huge impact on my life and the lives of millions of children around the world. 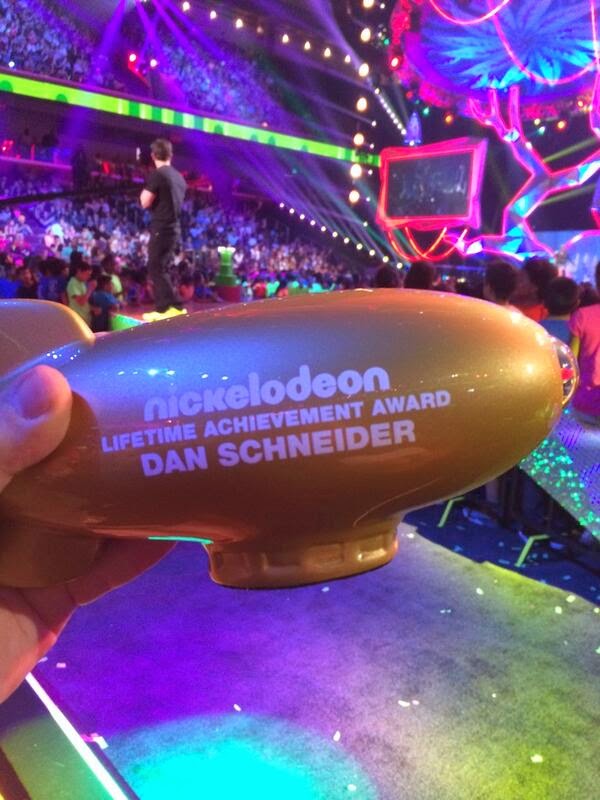 *Photo Credit*
Dan Schneider - Twitter @DanWarp
"Just sat down. Tried not to cry. But I cried. :) So touched and grateful. THANK YOU EVERYONE! :) :)"

Tonight, March 30, 2014, Dan Schneider was awarded the first Lifetime Achievement Award at the Kids Choice Awards. That award has been a long time coming.

If you're not familiar with Dan Schneider, I can almost guarantee you're familiar with his work. For the last 20 years, this man has been writing and producing everyone's favorite TV shows. Through shows like All That, Kenan and Kel, The Amanda Show, Drake and Josh, Zoey 101, iCarly, Victorious, and Sam and Cat, Dan has been coming into millions of homes and providing kids and adults alike hours upon hours of laughs. With everything he has done, I'm surprised he hasn't been recognized in this way sooner.

One of my favorite things about Dan is how he connects all of his shows. From obvious connections like the specials, "iParty with Victorious", the double spinoff "Sam and Cat" and the all of the special guests, to more subtle connections like incorporating The Amanda Show's "Dancing Lobsters" into Victorious, I really feel that it shows how dedicated and invested he is in his shows and how much they mean to him. I hope he realizes how much more they mean to us.

Something that is very obvious about Dan's character is how much he cares about all of his cast members that work on his shows. They may work for him, but Dan treats each and every one of them like family. You don't see that closeness with a lot of producers. I find it amazing and inspiring. The casts of all of these shows are so lucky to work for and with such a caring and dedicated person. Dan forms connections that will last a lifetime. Everyone can see how close these cast members are to each other on and off screen. The support they give each other and the friendships they have formed through Dan are incredible. These friendships are like nothing you've ever seen before. Truly, so amazing. And we owe that to Dan. Seeing these actors together years after the shows end gives us all hope for lifelong friendships and connections. Its refreshing to see something like that in today's young celebrities.

As I sat watching the incredible tribute to Dan, I couldn't help but think about all of these things as well as the impact he has made on so many. At 20 years old, I can say that I've been affected by every one of Dan's shows growing up, so being able to be a part of this night (even if that means watching it on TV from across the country), was a really memorable experience for me. 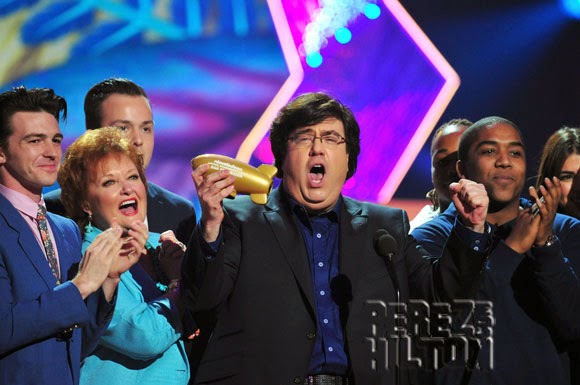 Joined by Dan on stage, cast members from his shows Sam and Cat, Kenan and Kel, iCarly, Victorious, Zoey 101 and Drake and Josh showed their appreciation with kind words. Kel Mitchel commented, "You've made more milk come out of more kid's noses." Victoria Justice thanks him by remarking "You not only changed all of our lives, you changed kid's TV", and Drake Bell admits "It's hard to put in a word for what Dan has done for all of us." Every single one of those talented actors are lucky to have been influenced by such an amazing man.

I've been saying it for years, marveling over Dan and wondering if anyone else realized the genius that he is in the way that I do. He makes me proud, amazed, thankful in every way. Thank You. Thank you Dan for all that you do and all that you've contributed to Nickelodeon and TV.

It is with tears in my eyes, and a proud, proud heart that I say, Congratulations Dan. You deserve this more than anyone. 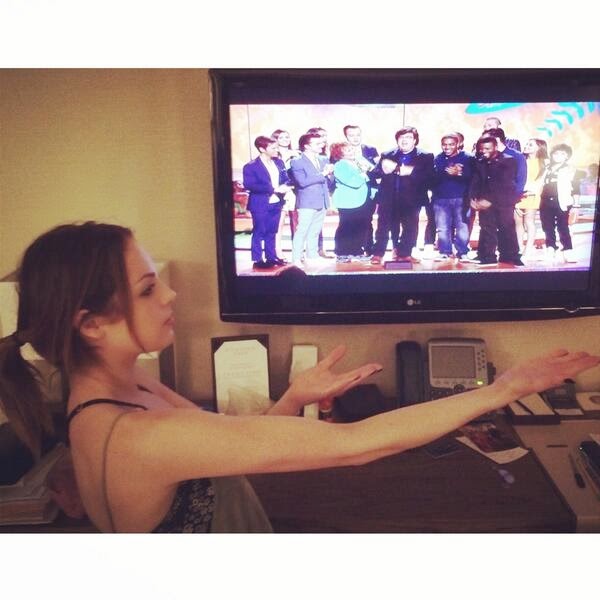 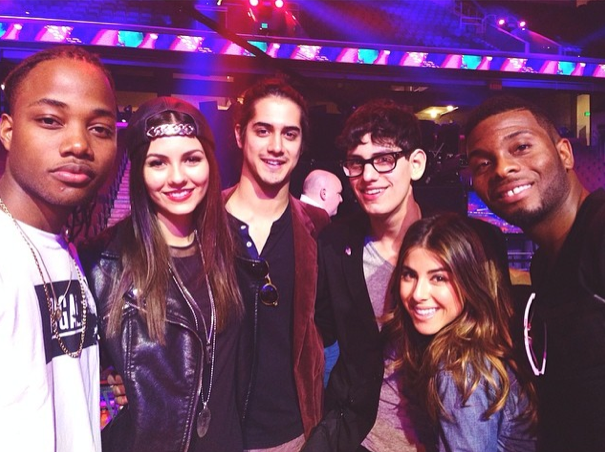 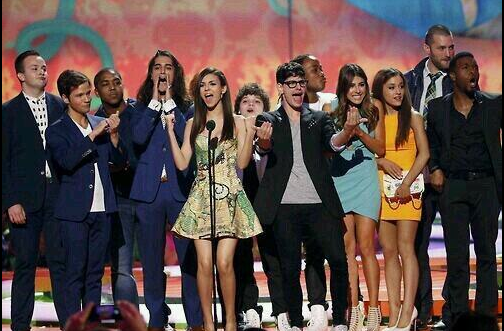 "congratulations @danwarp and Sam & Cat cast!!! thank you guys for a beautiful day we will never forget"
-Ariana Grande